The great exhibition “SHIRLEY JAFFE, An American Woman in Paris”, is currently presented at the Centre Pompidou de Paris, from April 20th thru August 29th, 2022. Shirley Jaffe (1923 – 2016), an American painter who settled in Paris in the 1950s, is a referential figure in abstract painting at the turn of of the 20th and 21st centuries. She claimed, provocatively, to have discovered Pierre Bonnard in New York, then Jackson Pollock and Andy Warhol in Paris. This exhibition is her first retrospective. Outstanding !

Born in New Jersey in 1923, Shirley Jaffe studied at Cooper Union in New York, which she left for Paris, where she settled in 1949. A close friend of Jules Olitski, Al Held, Jean-Paul Riopelle and Sam Francis, she was quickly recognised as a major painter of the new abstraction.

She was part of the community of American artists who settled in post-war France. She sublet Louise Bourgeois’s studio in the same street as Joan Mitchell, with whom she maintained a lively rivalry, particularly in the Galerie Fournier, which represented them for a long time.

The American Cultural Centre in Paris exhibited her as part of a trio with Sam Francis and Kimber Smith in 1958. Following which, she had her first solo gallery exhibitions in Basel in Switzerland. Arnold Rüdlinger, director of the Basel Kunsthalle, proved to be a zealous and communicative supporter. In the 1960s, she turned her back on her promising beginnings as an Abstract Expressionist. First in 1963-64, thanks to a Ford Foundation bursary that enabled her to move to Berlin, and again in 1969 with her second solo exhibition, in Jean Fournier’s gallery, when she created a sensation by eliminating all gesture.

In the 1970s she began to develop her personal style with chiselled contours which, without allowing her to be associated with the then-declining Hard Edge wave, maintained her at an equal and respectful distance from her former American Expressionist peers and from European advocates of Concrete Art, like Gottfried Honegger, who admired her. Her geometry is orderly but skilfully contrasted, always warped, apparently random but scrupulously dictated by an implacable rigour.

Jaffe was revolted at the sight of natural landscapes in her earlier paintings. From here on, her works had an urban inspiration, initially with chequered motifs and columns, then solid, methodically disjointed blocks isolated by an increasingly insinuating white cement. After discovering the demolition site of the old Montparnasse train station in 1967, the idea of chaos was a metaphor and a jubilant force for this patient and organised artist.

In 1969 she moved to the rue Saint-Victor in the 5th arrondissement – a studio she would never leave, continuing to paint there until her last breath. Many more or less young, unknown and famous artists came to visit her in this studio, people like Polly Apfelbaum, Beatriz Milhazes, Sarah Morris, Bernard Piffaretti, Charline von Heyl and Amy Sillman. Some of these she met again when she joined the Galerie Nathalie Obadia in the late 1990s.

A secretive although hospitable character, curious about others but extremely discreet about her private life, she never expressed her feminist convictions publicly, in spite of her decades-long friendship with Linda Nochlin, the committed historian.

This exhibition constitutes her first retrospective. Arranged in chronological order, it presents her Abstract Expressionist beginnings, followed by the two radical breaks that led her to abandon gesture in the late 1960s, and the large canvases characteristic of maturity with their free and unified forms and the presence of an incisive white.

The exhibition also underscores the parallel path taken by her «gouaches» on paper, with their swift execution, unlike her paintings which pulsate like urban life but were always slow to reach completion. Shirley Jaffe kept a «diary» for herself of her ongoing paintings. Preserved in the Kandinsky Library, these precious studio notes and previously unknown archives shed a new light on her works.

In 2019 the National Museum of Modern Art received an ensemble of twelves canvases donated to the French State following her death in 2016.

The exhibition will be presented in the Kunstmuseum in Basel (25 March – 30 July 2023) and in the Matisse Museum in Nice (11 October – 8 January 2024) with layouts adapted to each location.

From 11am to 22pm closed on Tuesdays and May 1rst

From 11am to 22pm closed on Tuesdays and May 1rst 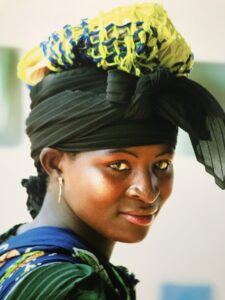 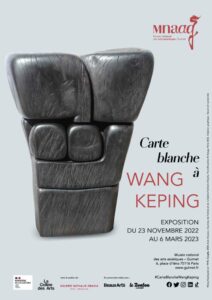 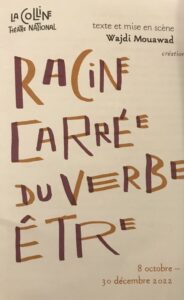